VAWA is the Violence Against Women Act. Keep reading. It is important to know for your daughters, wife, sisters, niece, and friends. “The Violence Against Women Act is a United States federal law passed in 1994, reauthorized in 2000, again in 2005, and is up for reauthorization this year.” In my post last Friday I talked about One Billion Rising. A campaign that raises awareness calls an end to violence against women. Last week, the Senate passed the VAWA act providing $659 million over five years for some domestic violence programs. Next week the House of Representatives will vote on VAWA. That means there is still time to communicate with your Representative. This can mean a local rape crisis center stays open. It can mean women’s shelters in your community stay open. It can mean that another woman is safe.

This is an issue that is near and dear to me. 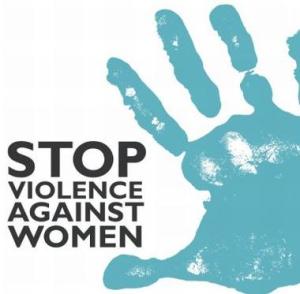 Please support VAWA. It is not something we should take for granted. We need to do what we can to continue to raise awareness and not assume that because VAWA was in effect in the past, that it will be passed next week. We all can remember presidential elections that we thought, oh it is a shoo in, and things happened differently. As I think about the many recent events where we have seen violence in general, Newtown, Connecticut, Colorado Theater shootings, the list goes on, I wonder about the violence happening to women that we do not see on the nightly news.

“On average, four to five women are murdered by their husbands or boyfriends each day in the United States as a result of domestic violence. Over 200,000 people are sexually assaulted each year in this country.”

Not a statistic we want to think about, but one we should ponder. This is a no brainer for me. This should be part of being a world citizen, honoring and protecting all humans. It is 2013, we should no longer have to talk about violence against women. We should not have to differentiate between men and women. The reality is we do have to fight for this initiative. Speak up. Let your voice be heard.