Unless you make buttloads of cash, you might have been scratching your head and wondering why your paycheck was considerably smaller this week. I am not complaining, as it is what it is. Politics aside we could be in a worse situation where we are out of even more money. Let’s face it, our country is in major debt and that is not going away anytime soon. 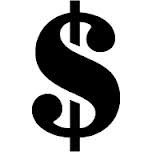 In case you do not know the specifics, the Social Security payroll tax rate is currently 12.4%. Employers pay 6.2%, and for the past two years employees have paid a reduced rate of 4.2%. With the recent fiscal cliff changes, that reduction will now go back to the normal 6.2% which means that employees will now pay 2% more Social Security tax (as we did in 2010). This is also true for those who are self-employed (if you make more than $433). According to Kiplinger: “Originally a one-year break, the holiday was extended at the last minute to cover 2012. Extending it again to cover 2013 would have cost about $100 billion…”

A question: If I am paying more tax now in 2013, does that mean I will have a higher refund in 2014 due to paying more taxes now? The answer: Yes. Depending on your allowances. Since I am not the expert, here is Kiplinger’s answer: “By eliminating overwithholding of income tax, the average taxpayer who normally gets a refund can both defeat the paycheck-shrinking impact of higher payroll taxes and add a couple thousand dollars to 2013 take-home pay. (Yes, you’ll be giving up a fat refund in 2014, but wouldn’t you rather get your money when you earn it?)” Complete answer, full article, and their calculators.

What I find odd is that the Social Security website has not been updated with the 2013 rates and details. Kind of sad considering my company was able to make changes in their system to ensure that the Federal government received the extra 2% out of the first paychecks of the 2013 calendar year. Yet, the government still has not updated their website about the changes. Seriously?

In case you are wondering: These are the 13 tax changes going into effect in 2013.