The story below showed up on my Facebook feed this week and as someone who has a similar sentiment to Mike, I felt rather than share a story for Christmas I would share his. Hard to believe that this was from 1982, especially the part that says: “overspending and the frantic running around” — I guess some things do not change. I cannot remember the last time Chris and I exchanged gifts for Christmas (maybe those first few years of marriage). Now we do something together, or decide to do something for our home, but we are done with trying to find that perfect gift, especially when there is little we need.

If we do celebrate Christmas next year with our little man (and the jury is still out on how we are going to decide to navigate the holiday with our son) there will be a white envelope on the tree. Read on to see what I’m referring to, enjoy, and have a wonderful holiday with your friends and family.

It all began because my husband Mike hated Christmas. Oh, not the true meaning of Christmas, but the commercial aspects of it – overspending and the frantic running around at the last minute to get a tie for Uncle Harry and the dusting powder for Grandma – the gifts given in desperation because you couldn’t think of anything else.

Knowing he felt this way, I decided one year to bypass the usual shirts, sweaters, ties and so forth. I reached for something special just for Mike. The inspiration came in an unusual way.

Our son Kevin, who was 12 that year, was on the wrestling team at the school he attended. Shortly before Christmas, there was a non-league match against a team sponsored by an inner-city church. These youngsters, dressed in sneakers so ragged that shoestrings seemed to be the only thing holding them together, presented a sharp contrast to our boys in their spiffy blue and gold uniforms and sparkling new wrestling shoes.

As the match began, I was alarmed to see that the other team was wrestling without headgear, a kind of light helmet designed to protect a wrestler’s ears. It was a luxury the ragtag team obviously could not afford.

Well, we ended up walloping them. We took every weight class. Mike, seated beside me, shook his head sadly, “I wish just one of them could have won,” he said. “They have a lot of potential, but losing like this could take the heart right out of them.” Mike loved kids – all kids. He so enjoyed coaching little league football, baseball and lacrosse. That’s when the idea for his present came.

That afternoon, I went to a local sporting goods store and bought an assortment of wrestling headgear and shoes, and sent them anonymously to the inner-city church. On Christmas Eve, I placed a small, white envelope on the tree, the note inside telling Mike what I had done, and that this was his gift from me.

Mike’s smile was the brightest thing about Christmas that year. And that same bright smile lit up succeeding years. For each Christmas, I followed the tradition – one year sending a group of mentally handicapped youngsters to a hockey game, another year a check to a pair of elderly brothers whose home had burned to the ground the week before Christmas, and on and on.

The white envelope became the highlight of our Christmas. It was always the last thing opened on Christmas morning, and our children – ignoring their new toys – would stand with wide-eyed anticipation as their dad lifted the envelope from the tree to reveal its contents. As the children grew, the toys gave way to more practical presents, but the small, white envelope never lost its allure.

The story doesn’t end there. You see, we lost Mike last year due to dreaded cancer. When Christmas rolled around, I was still so wrapped in grief that I barely got the tree up. But Christmas Eve found me placing an envelope on the tree. And the next morning, I found it was magically joined by three more. Unbeknownst to the others, each of our three children had for the first time placed a white envelope on the tree for their dad. The tradition has grown and someday will expand even further with our grandchildren standing to take down that special envelope.

Mike’s spirit, like the Christmas spirit will always be with us.”

For the Man Who Hated Christmas
By Nancy W. Gavin

There are a lot of things (especially sweets) that Chris will eat and enjoy, but one thing that tops them all is toffee. Especially around the holidays. Not so much because it is the holidays, but more because you tend to find more options with different stores (Trader Joes for example) that bring out these specialties around November and December. I am also always on the lookout for good toffee recipes.

My mom used to make toffee, caramels, hard candy, divinity, and many other types of candies during the holidays. Often they were as gifts to friends, teachers, especially since we could not afford to purchase gifts, this was her way to share with others. I, however, do not have her toffee recipe, and well Chris is picky. So this one looked easy enough, and these days I need easy (I am 39 weeks preggers today)!

I will say it is super sweet – if you make it, add more pretzels for a better salty/sweet mixture!

2. Melt the dark chocolate in the microwave and stir until smooth. Stir in ½ cup of the pretzel pieces and ½ cup of the toffee pieces saving the rest for later. Spread the mixture on the prepared baking sheet. Refrigerate for a minimum of 30 minutes.

4. Cut or break the bark into pieces and eat up (or share if you’re nice).

Gratitude is on the mind — and not just because tomorrow is Thanksgiving. I just finished reading “The Gratitude Diaries” by Janice Kaplan. She spends an entire year focusing on gratitude in her life (her marriage, work, children, money, etc.) It gave me a lot to think about and was especially appropriate for this time of year, the holidays, Thanksgiving, and being at the home stretch of this pregnancy.

I thought I would share a list of things that are especially appropriate right now to me:

For all of you reading my blog I appreciate you too. Have a wonderful Thanksgiving with your friends and family. Cherish each moment. 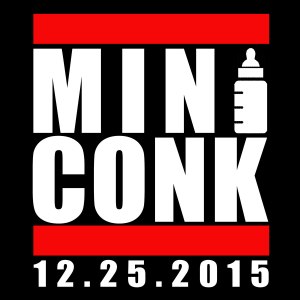 So I have been holding back for a while before telling folks. Some friends, family, and work has known for a while (between my breasts getting much bigger and my bump starting to show, I had to let the cat out of the bag). For those of you I have never met, or do not see that often, today you are now in the know. Chris and I are expecting a baby boy on December 25, 2015. I am now 22 weeks (5.5 months) along, and past the halfway mark.

There have been so many times when I have wanted to write about being pregnant and since we were waiting to share I had to hold back! (Although I promise I will not inundate you over the coming months with baby bump updates). I cannot guarantee I will not share the many stories once we meet him!

We are so excited, and patiently waiting for the ‘lil man to join us. All is well, and we are just grateful for health for both me and ‘lil man. We have a little over four more months to go!

I am not a big holiday person. If I were to pick one that is higher on the list, it would be Thanksgiving. Gratitude, family and friends, and good food. What is not to like? What I am not a fan of is the day after Thanksgiving. Black Friday. You can tell from this past Black Friday blog post. I would rather do almost anything than go shopping on Black Friday. There is not a deal that is that amazing to make it worth it to me.

So when I heard that Amazon is creating their own version of Black Friday on July 15, called: Prime Day. I thought, hmm. Part of me thinks the idea is brilliant, the other part hates the idea. Why not create a shopping day that is catered to the customers that shop the most with you? Almost like a customer appreciation day for those that are the most loyal — Prime members. Amazon states that there will be more sales than they have on Black Friday. Since Prime Day is meant to be a celebration of their 20th anniversary, I wonder if it is successful if they will bring it back in future years. If it becomes bigger than Black Friday, what will other retailers do to outrun Amazon?

It is definitely what we need — Black Wednesday in July. 😉

They are also offering a free 30-day membership to Amazon Prime for those that want to take part in the day. How many will keep their membership after the 30 days, and how many will drop their membership? It starts right at midnight, so be sure to take a nap, so you can be wide-eyed and ready for a day of deals.

Not sure if I will partake, but Happy Early Birthday, Amazon.